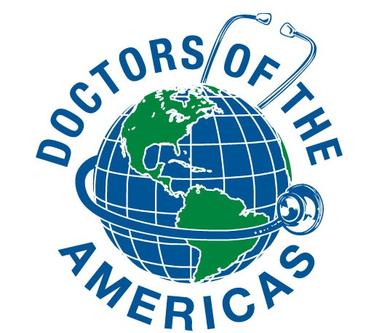 ​​In the past ten years, the Badulak family and the volunteers who have joined them have partnered with several nonprofit (501c3) organizations including A.Y. Missions (Alliance Youth Missions), Open Door Alliance, and SOSH (Student Optometric Service to Humanity) in order to be able to acquire financial donations and medication necessary for our work. Our ultimate goal had always been to create a nonprofit organization that was nonsectarian and created solely to provide health care, vision care, dental hygiene education and other humanitarian relief efforts in El Salvador, Central America.

One additional goal has been to provide educational opportunities in international medicine in order to inspire a new generation of medical professionals to participate in humanitarian work. From 2010 through 2012  between 18 and 20 students along with 2 or 3 of their professors from Salus University, and Pennsylvania College of Optometry, joined Doctors of the Americas. In August of both 2014 and 2015, optometry students from Southern California College of Optometry at Marshall B. Ketchum University were mentored by Dr. Audrey Chen and Dr. Eileen Howard, optometrists who head the vision program and have been working with Doctors of the Americas since 2010.   In 2012, three residents in Emergency Medicine/Family Medicine from Aria Health joined their professor/mentor, Dr. Badulak in El Salvador. In both 2013 and 2014, eight residents joined Dr. Badulak.

It has been so exciting to realize our goals in such a short period of time. The team for the 2015 trip includes 11 physicians, 2 optometrists, a physician assistant, 6 interpreters and several other staff volunteers who assist with the pharmacy, and the distribution of clothing and dental hygiene donations.

WHERE WE ARE TODAY 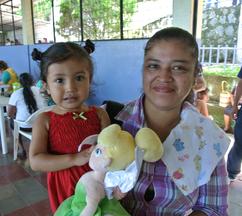 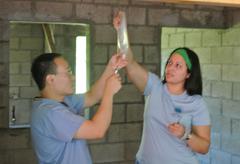 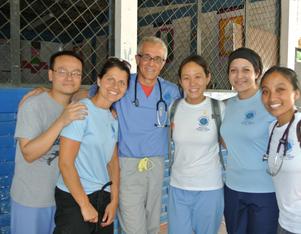 On the first trip in October 2005, Dr. Andrew Badulak and his wife Stephanie Badulak, a teacher, traveled to San Salvador, El Salvador with one other physician colleague to work with a Salvadorian EMS, search and rescue and community health organization, predominantly comprised of volunteers, called Comandos de Salvamento. The objective of this first trip was to provide medical care to people living in the remote communities in Bajo Lempa (major river) and Lago Illopango (major lake), Usulutan whose homes had been flooded and destroyed due to hurricanes and rainstorms.

These communities, along with many others throughout the country, are home to a large sector of the population living in extreme poverty. Most homes do not have running water or access to clean water. Most homes do not have electricity. Most homes are constructed from nondurable materials. The climate and natural features pose constant threats to the way of life of the people in these communities. Access to health care is limited by a number of factors including the remote locations of the communities, limited transportation and primarily inability to afford the medical care.

The organization now known as Doctors of the Americas began back in October 2005 as a small family endeavor to make a difference in the lives of others. Nearly ten years and eleven trips later, the work has grown to include many more volunteers and the ability to provide health care, vision care, dental hygiene education and other humanitarian relief efforts in El Salvador, Central America. ​